INSIDE: Throughout our days, we sometimes need reminders of our intentions, our communities, or our divine beliefs to keep us motivated to move ahead. Spiritual symbols offer important messages to aim us towards our higher purpose and to protect us on life’s journey.

In an increasingly technological world, humans have debated the decline of language as our communication systems incorporate abbreviations, acronyms, and emojis.

Looking a little farther back, say maybe 40,000 years, it becomes evident that images and symbols didn’t cheapen or “dumb down” how humans have communicated. Rather, symbols have helped spread messages and ideas.

Roland Barthes wrote in Rhetoric of the Image:

"General opinion too has a vague conception of the image as an area of resistance to meaning – this in the name of a certain mythical idea of Life: the image is re-presentation, which is to say ultimately resurrection, and, as we know, the intelligible is reputed antipathetic to lived experience."

In this quote, Barthes suggests a certain level of mysticism in an image – that symbols and signs can have profound and personal meanings to people for which an image resonates.

This is why, despite the skepticism of linguists and grammarians, spiritual symbols have endured since ancient times and morphed through different messages and meanings.

In different cultures and for different people, these symbols carry reminders of divine connection and purpose. While some images depict natural phenomena with seemingly divine qualities, other metaphysical symbols evade earthly forms to give important clues of the spirit world.

Let’s explore some common spiritual symbols and meaning that can echo powerful messages to you as you study and relate to them. Here, we cover 12 of the most powerful spiritual symbols, but throughout history and diverse cultures, there exist thousands, maybe more!

These 12 symbols cross cultures and religions to offer protection and healing to those willing to make spiritual connections with the divine through these signs. 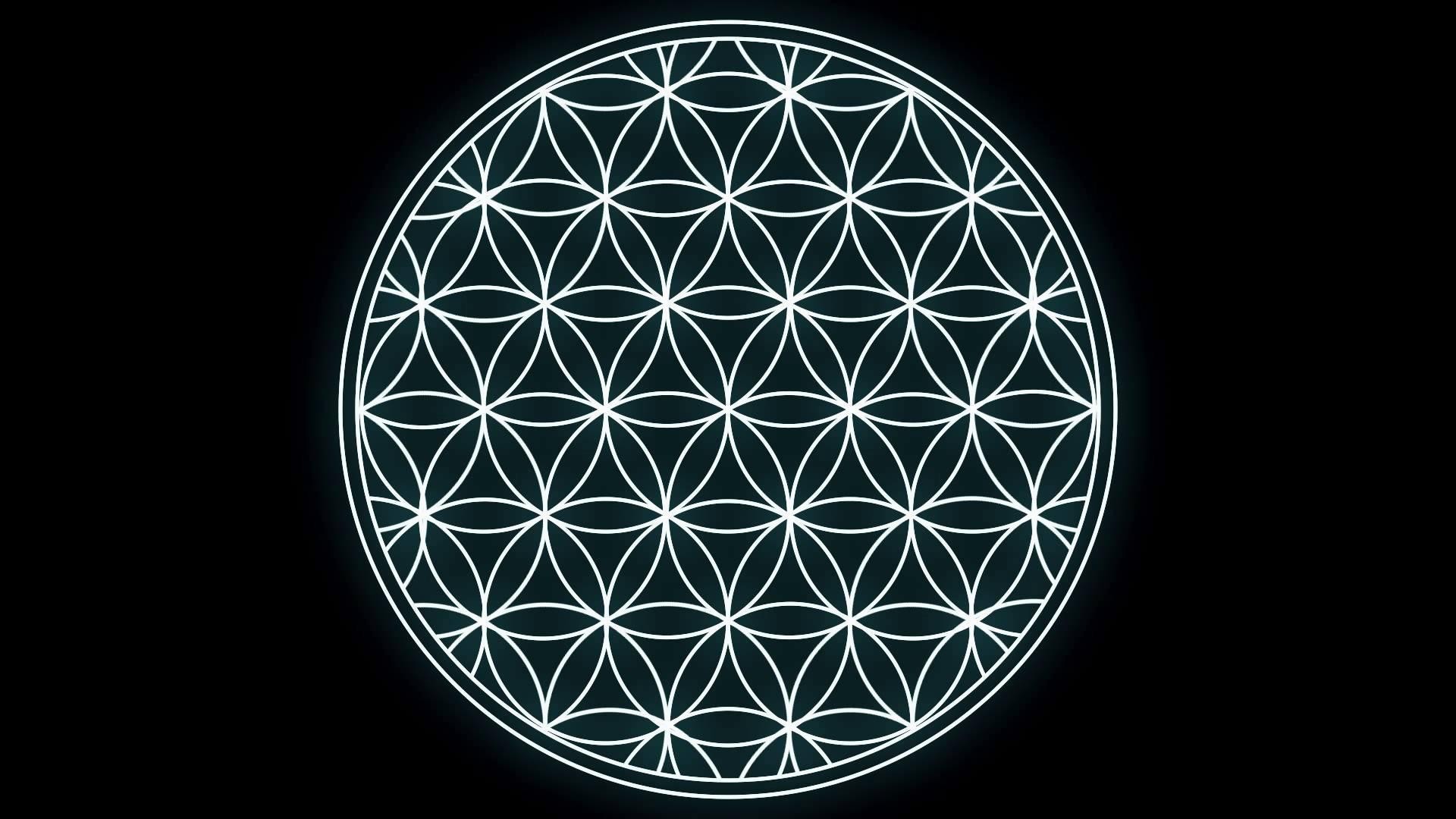 The Flower of Life holds 7 overlapping symbols – the seed of Life – in a sacred geometric pattern contained within circles. The various patterns embedded within the Flower of Life depict the process of creation.

This sacred geometric shape, with its kaleidoscopic design, serves to remind us that all human life emerges in the same way and creates a unique, interwoven design as we all make connections with diverse beings.

The Star of David is a Judaic symbol with representations in other cultures as well. For example, it is also called the Hexagram of Solomon. Composed of two conjoined triangles, each point has a corresponding point in the polar opposite direction, representing the dual influences of nature and humanity and the elements of fire and water.

Though hard to depict on a two-dimensional plane, the Star of David aims in six directions: North, South, East, West, up, and down. This symbolizes the reach of God over humankind. The Star of David is the human access-point to unite with the divine.

This important spiritual symbol for healing can soothe and rebalance the heart chakra. An incredible image taken from nature because of its seemingly magical ability to emerge from the filthiest depths, the spiritual symbols and meanings of the Lotus flower span numerous cultures.

The Lotus grows from the mud, unsoiled by the foul, moldy waters around it. It folds inward to protect itself each night, only to reopen in its beauty again. This symbolizes the ability of the human soul and body to regenerate through troubling times and conflict.

The Lotus is a reminder to find compassion and forgiveness in every situation. This in turn will lead you towards enlightenment. 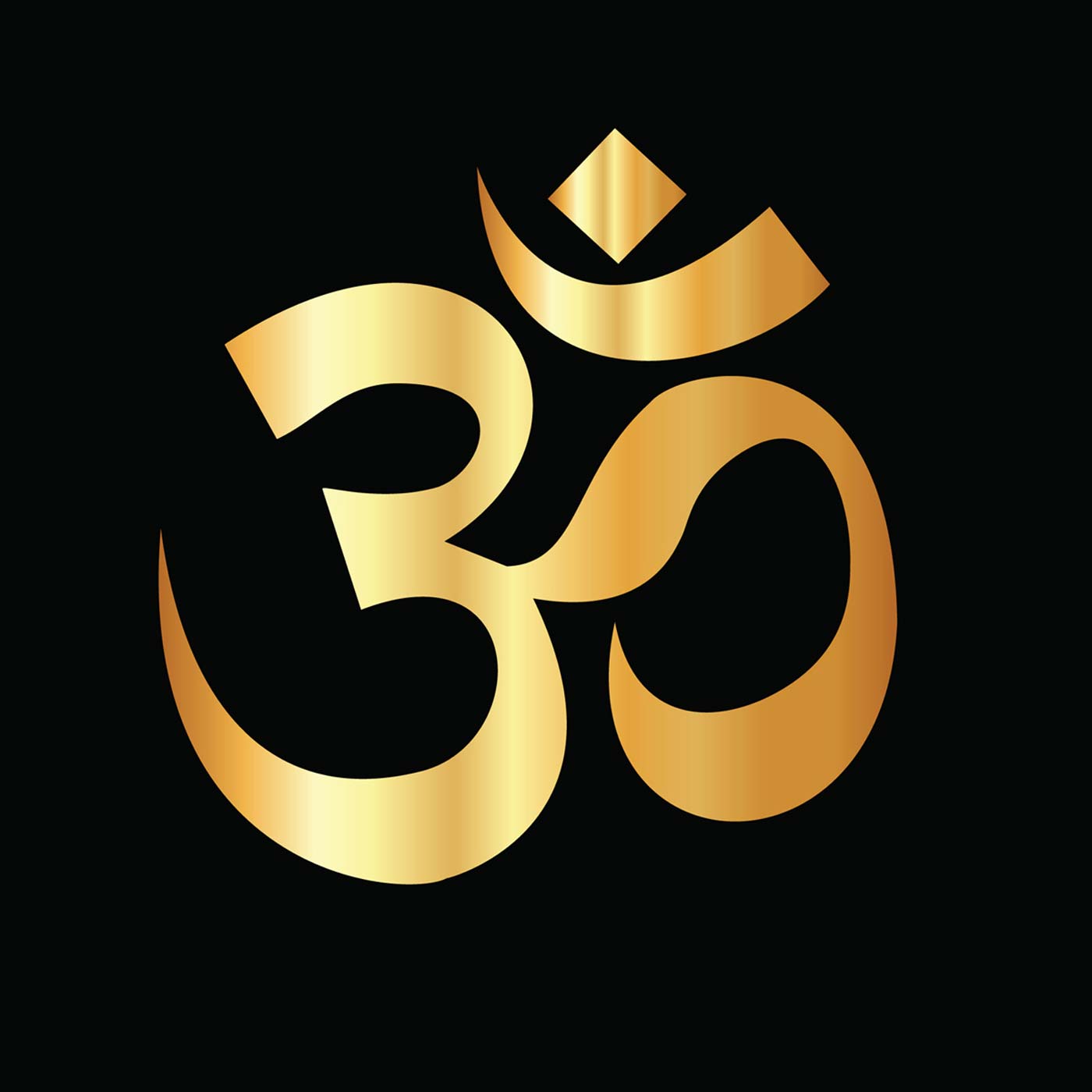 The sound of the universe – Om – has a visual representation that ties it to the Hindu holy trinity within the divine realms of the heaven, earth, and the underworld.

Although Om is technically a sound evoked in various meditation practices, yoga classes, and other communal gatherings, the spiritual symbol helps direct our attention to open the third eye so that we can manifest good intentions in our lives and aim for enlightened thoughts. Another of nature’s spiritual symbols, the Tree of Life shows the union of all living beings on earth. Drawing a connection between all 4 earth elements – earth, wind, air, fire – the Tree of Life depicts creation and growth.

Entangled with roots and branches of different lengths and thickness, the Tree of Life reminds us of the uniqueness of every individual while contributing to the survival of a common origin in the earth.

The Tree of Life symbol, when manifest in real form, often carries small crystals in its branches as the leaves, a powerful elemental connection through these natural stones. Het your Gemstone Tree of Life here! 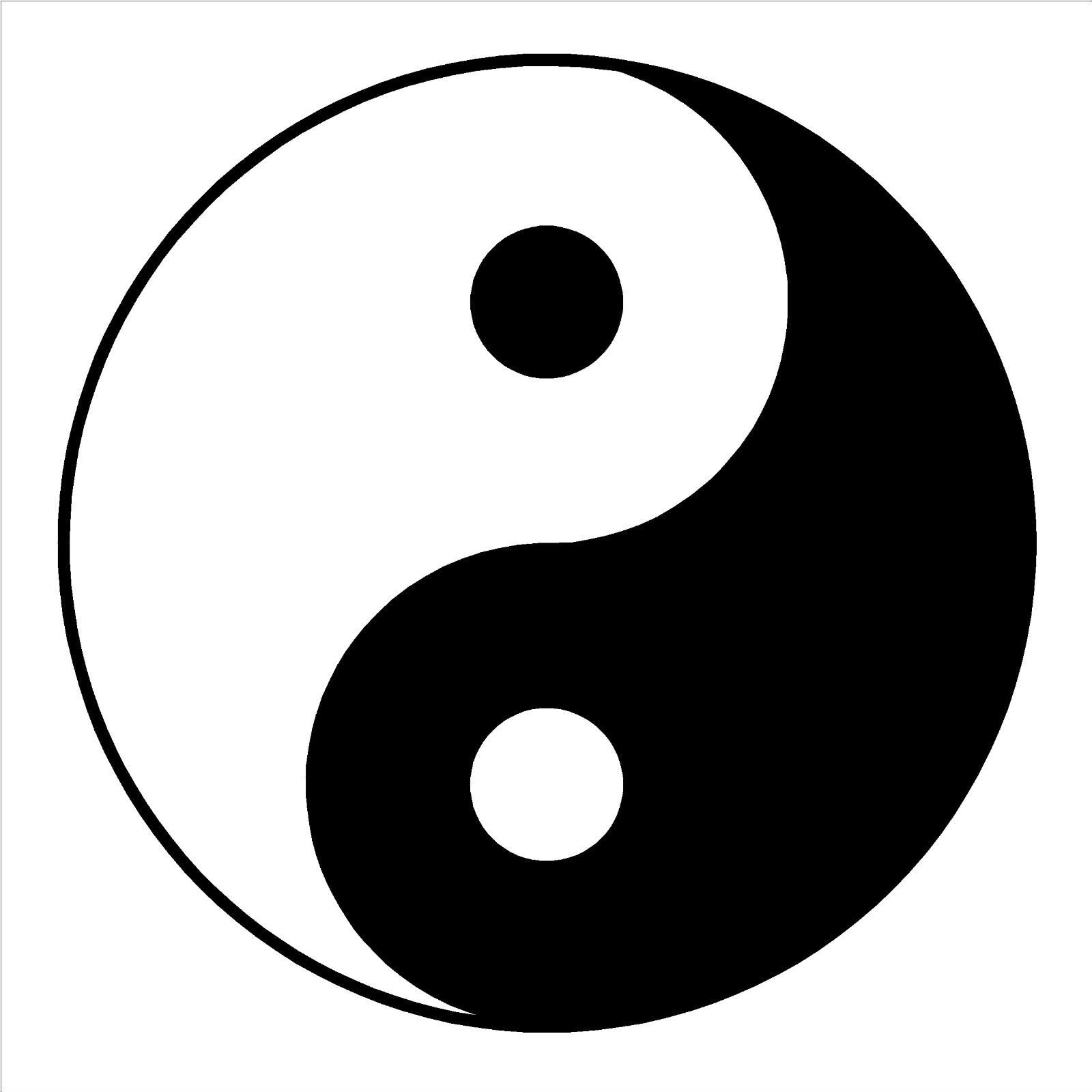 Especially important in the Chinese belief system of Taoism, Yin Yang is a spiritual protection symbol for balance. In its simplicity as the ball of duality, Yin Yang demonstrates the equilibrium of masculine and feminine energy unifying as one.

Yin Yang brings harmony as its image constantly evokes the law of duality and the necessity of balance.

The Buddha symbol forms the image of the founder of Buddhism, who attained enlightenment and nirvana.

Known as “the awakened one,” the Buddha represents peace and tranquility. Using this metaphysical symbol can help you ground and reach a calm mental state to enter the world. 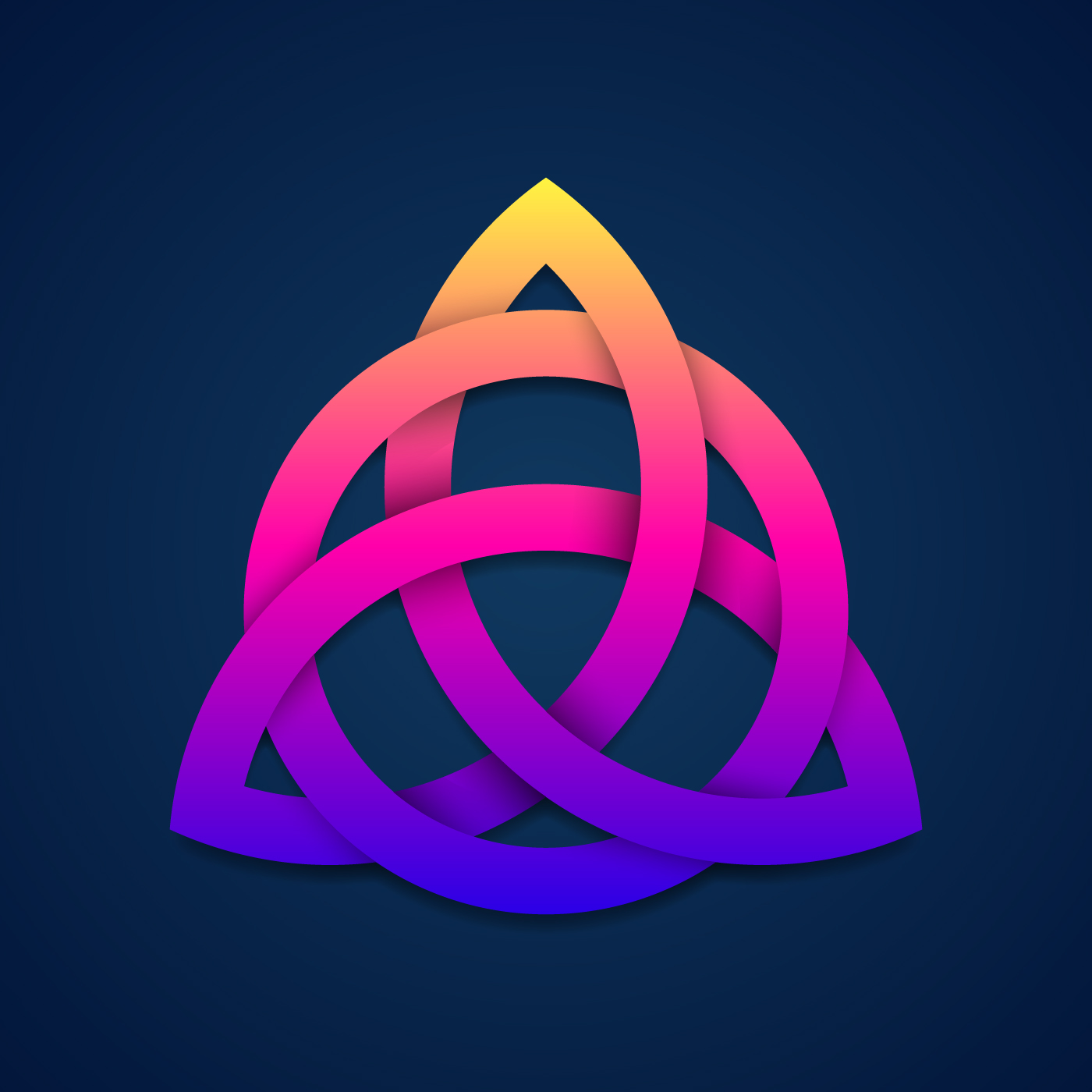 Tied to the Holy Trinity of Goddesses that correspond to innocence, creation, and wisdom, the Triquetra serves as a life guide to show the eternal nature of existence.

These knot-like spiritual protection symbols demonstrate the divine connection that our three-fold auras – mind, body, and soul – have even on earth. The symbol has been tattooed or carved onto bodies in different cultures as a protective amulet.

The lesson of the Triquetra tells that what you put forth in life for others and for good will return threefold to you.

Often thought of as a maze, the Labyrinth is actually quite different in that it has only a single gateway to enter and exit. This represents the complex, winding journey of life.

The Labyrinth is meant to guide its user and illuminate the right direction to move forward. Amidst the twists and turns, the Labyrinth iterates the singularity of life, that we all move in one direction towards the same point – to grow and finish life.

The Labyrinth brings hope for guidance and peaceful existence along the way. A potent charm of protection for many indigenous cultures, especially in North America, the Dream Catcher’s form contains rich meanings. Hung in the home, especially over a bed, or worn around the neck, Dream Catchers keep the user safe from evil and bestow luck on them.

The outer circle of a Dream Catcher symbolizes the circle of life. Inside the circle, the woven web works as a shield to catch bad dreams and deflect evil spirits.

Often times, the makers of Dream Catchers will thread the web with crystal beads to amplify the symbol's potency. Mandalas can be found in a myriad of permanent and temporary forms. Most notably, Mandalas exist in a circular form of geometric patterns, often with subtle symmetric overlaps around a strong central focus. These designs echo the patterns of nature and the universe.

The center of a Mandala encourages focus and concentration, making it an especially useful symbol for meditative practices.

As one of the most adored spiritual symbols for healing, Mandalas have been used throughout history to remind us of our mortality.

Buddhist monks, for example, create intricate Mandalas from sand, promptly destroying the pattern after its creation. This shows the fragility of life and emphasizes the need to stay present and aware in this lifetime. 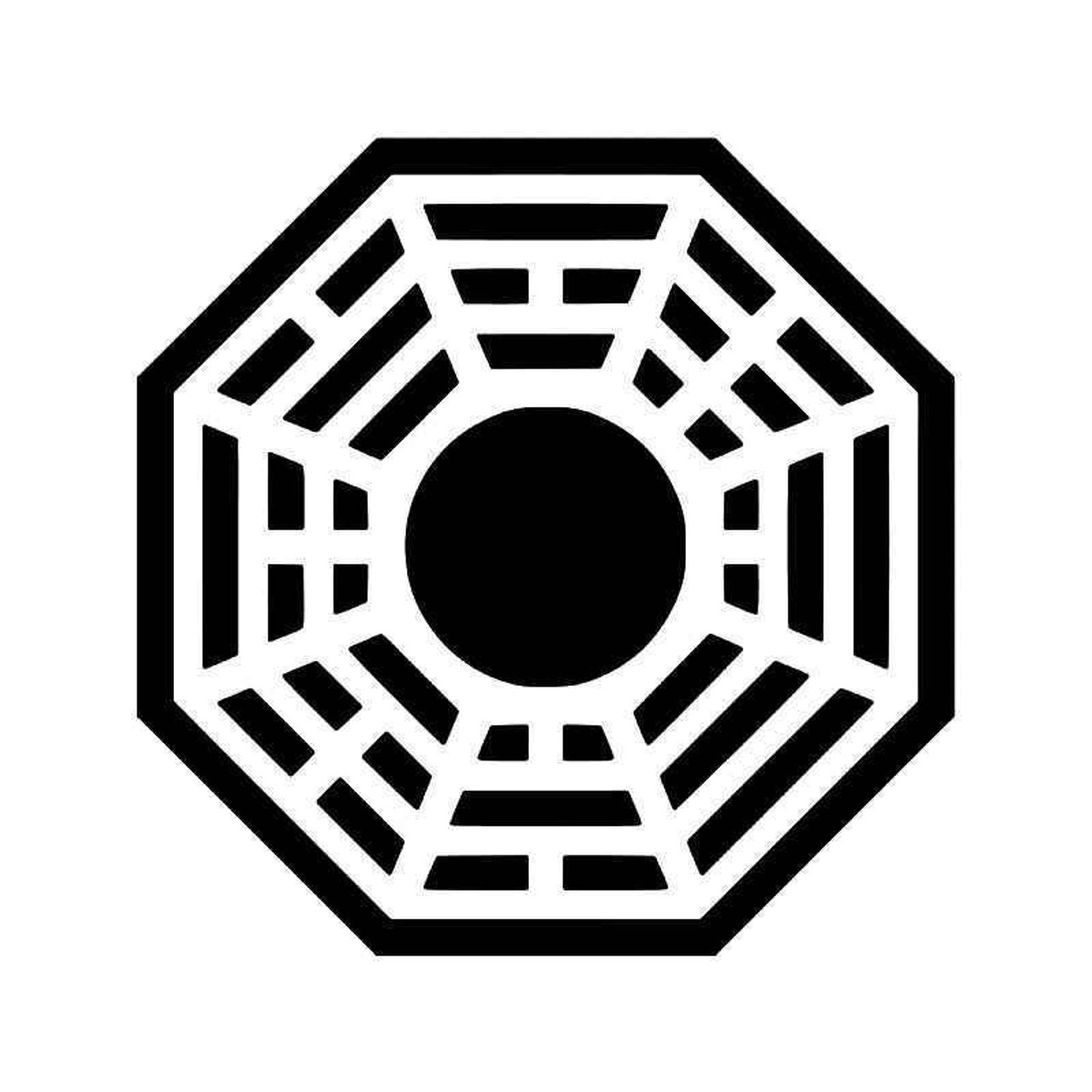 A final spiritual symbol deeply connected to Buddhist thought but with application across other philosophies and religions, the Dharma Wheel contains the 8 spokes as signs of the Eightfold Path to Nirvana.

The spokes correspond to different pathways in life, including correct livelihood, speech, view, intention, action, efforts, mindfulness, and consciousness. The Dharma Wheel constantly reminds us to stay steady on these paths.

With these 12 spiritual symbols, you can make divine connections in your life and keep a constant reminder of your spiritual path.

An important aspect of using these talismans, much like crystals, is to seek symbols that resonate with you. When you find a symbol that naturally evokes meaning in your mind, you have found a symbol worth trusting to guide you.